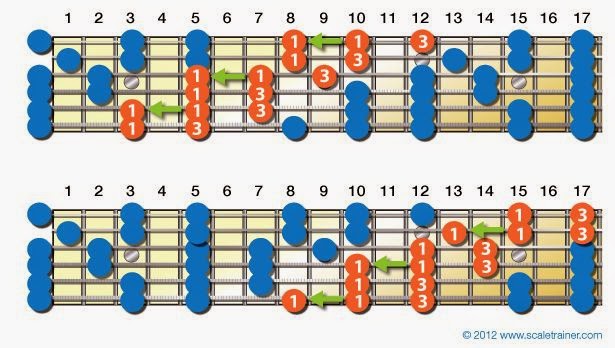 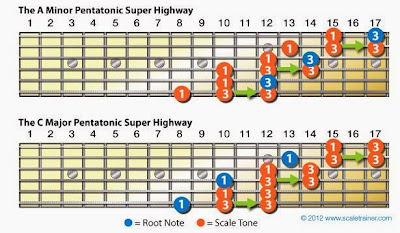 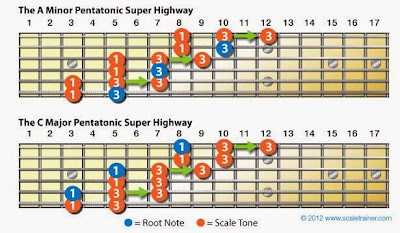 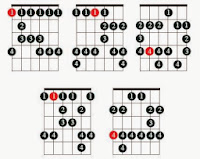 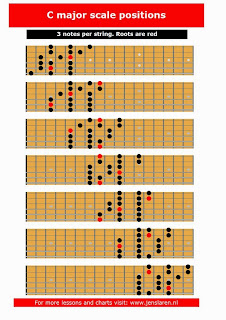 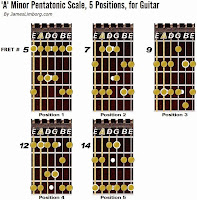 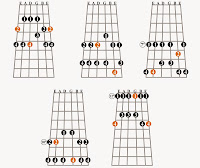 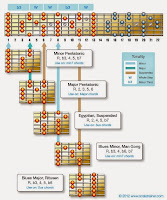 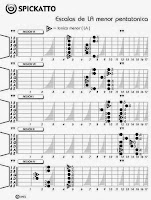 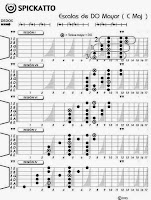 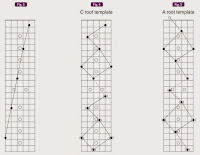 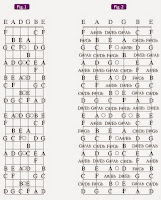 Jimmy Herring
The minor pentatonic scale (1–b3–4–5–b7) is all around us. It’s used in most of the music we’re likely to encounter. There are many variations on this scale that can be useful. Simply adding one note to a vanilla pentatonic scale can open up a whole world of new sounds. For now, lets look at what I call the “add 9” minor pentatonic scale. We’ll start off with a simple C minor pentatonic scale (C–Eb–F–G–Bb) and add a D, or 9, to make a six-note scale.
This is good for us guitar players because we tend to play scales that end up having two or three notes per string. This can lead us to play in certain patterns that become predictable and we sometimes end up getting in a rut or running out of ideas.
The idea here is to have a scale that breaks up those predictable patterns by having three notes on some strings and two notes on other strings. When you practice these fingerings for a while, you’ll start to notice new ideas evolving because you won’t be using the same type of picking patterns. Also, all the notes in this scale are good melodic choices. It will be harder to play fast, but when you do, it will be more melodic.
When I learn a new scale fingering, I like to visualize it on neck-diagram paper. In Fig. 1, you can see how I would break up this scale into five fingerings that cover the whole fretboard. The first fingering starts in the 3rd position with the root on the 5th string. Remember, this scale works over any of the C minor family of chords—everything from a simple C minor triad to something like a Cmin11 or Cm9 are fair game. By learning these fingerings and getting comfortable with them you’ll have some new stuff in your bag of tools. Once you work over the fingerings in C minor, try them out over the vamp shown in Fig. 2.

One of the best ways I know of to really learn scale fingerings is to practice them through the cycle of fourths. This is more than just an exercise because most tunes make good use of chord progressions moving in fourths. From the most basic blues to the compositions of Wayne Shorter, so much music makes use of this type of chord movement. Another advantage to playing through a cycle is that you will become familiar with this scale in all 12 keys—a big advantage if you want to get deeper into jazz. Learning how to change scales along with the chord will give your improvisations more direction and open the door to new melodies.
In Fig. 3, I wrote out two fingerings for the add 9 minor pentatonic scale in each key—one in 8th position and the other around the 15th (or 3rd, if you want to move it down an octave). Once you have walked through these fingerings slowly, try them out with the vamp shown in Fig. 4. With four measures per chord, you’ll have plenty of time to get familiar with the scale fingering before the next chord change happens.

If you look at the patterns used in the cycle, there are five fingerings—one for each of the first five keys—right under your hands. When you get to Db minor you are basically repeating the same five fingerings but you are a half-step (one fret) higher than when you started. The idea is to be able to play through all these different keys without jumping all over the place. You can literally play through the entire cycle of fourths with moving only a half-step!
As you get more comfortable with the fingerings and changing from one to the next, you might want to increase the tempo and have two measures on each chord (or even one bar if you like). Obviously this will be more challenging, but it won’t take long if you put in the time. If you decide to speed up the tempo, you might want to try focusing on just three or four strings at a time. When the music is moving faster and the chords are changing quickly, you won’t have as much time on each chord. Sometimes it can help to concentrate on, say the 1st string down to the 4th string. Check outFig. 5, which is an example of how to play over the first four measures of the cycle.

This is the best way I know of to get familiar with the fingerings and find some nice melodies in the process. You’ll soon have some new melodic ideas. Again, because some of the strings have three notes and some have two, you’ll find different ways of picking and phrasing lines.
Once you get these under your fingers, you won’t have to think about it and you can listen to the music inside your head and let that guide you. Your ears will eventually take over and your hands will follow.

Jimmy Herring is a musician’s musician. The North Carolina native has become a staple in the jam-band scene. Herring studied guitar at Berklee College of Music and the Guitar Institute of Technology, and he melds Jimi Hendrix’s raw emotion, the twang of Steve Morse, and the flowing phrases of jazz legends Charlie Parker and John Coltrane. His latest album, Subject to Change Without Notice, is available atjimmyherring.net. 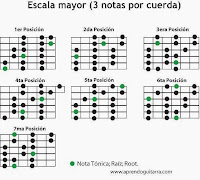 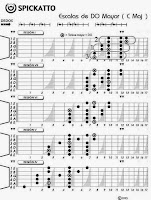